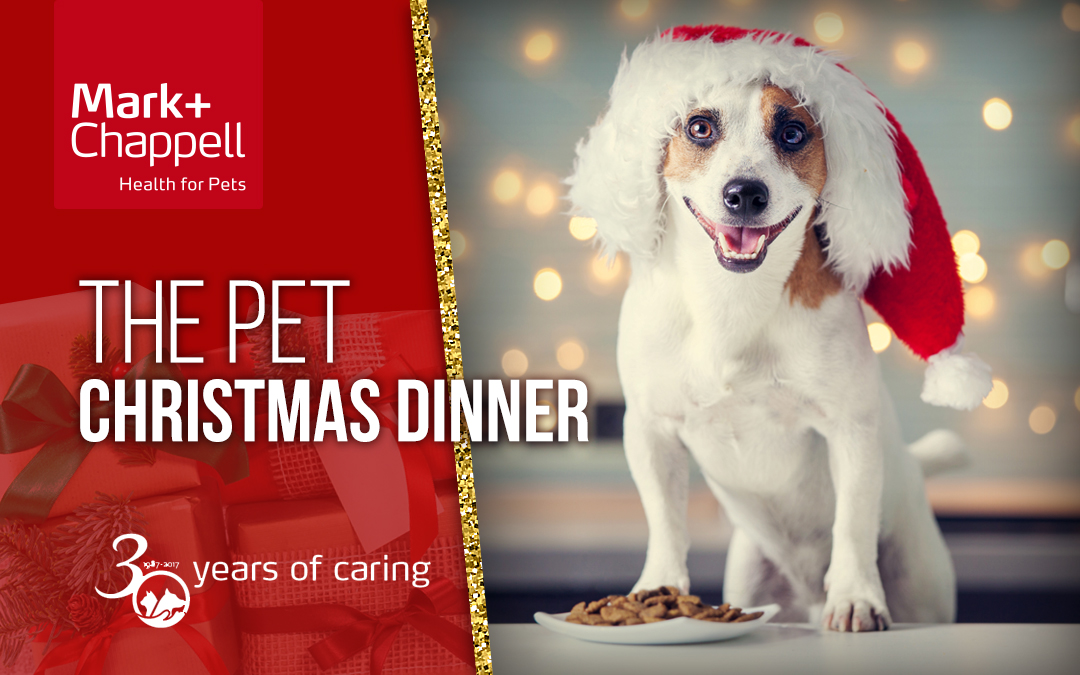 At Christmas time there is nothing better than the whole family sitting around eating the Christmas dinner but often dog owners will dump all the leftover food in their dog’s bowl which is not a healthy way to share the festive meal. It is important to know which elements of the Christmas dinner can be dangerous for their canine companion.

Do not give them stuffing
Stuffing contains onions and often garlic. Onions cause a form of anaemia and should not be fed to dogs. Garlic has similar effects but is much less potent so a tiny amount used for flavoring is OK. Cats appear to be more sensitive than dogs, but both species can be seriously affected.

DO give them turkey
Turkey meat without the skin is low in fat. But remove the dogs portion before adding any butter, cheese, onions sugar or any other “do not eat” foods.
Avoid giving them normal gravy and replace with a low-salt bouillon or stock from the giblets to any turkey scraps for the dog’s dinner.

DON’T give them fat
High fat foods like turkey skin, goose fat, gravy, bacon and sausages should be avoided. Too much fat can cause pancreatitis, inflammation of the dog’s pancreas, which can be fatal or have long-term consequences.

DON’T give them bones
Turkey bones are brittle and have sharp ends when they break. They can cause problems for our pets as they can be easily swallowed. Bones can perforate the oesophagus, stomach or intestines and cause blockages along the digestive tract.

DO give them fruit
Cranberry sauce can be shared with your dog but be aware that it contains a lot of sugar. Instead of a Christmas pudding, core an apple. Many dogs love apples but make sure to cut out the core as apple seeds are toxic to dogs. Apple slices can make a great healthy alternative to biscuits.

DO give them winter vegetables
Potatoes, Brussel sprouts, sweet potatoes, green beans and parsnips are excellent safe food choices for your dog as well. If you are giving them leftovers, be sure to rinse off any excess butter or oil before giving to your pet. Treat your dog to some mashed potato by making it with a bit of low-fat yoghurt.

DON’T give them chocolate
Chocolate contains a chemical called theobromine, which dogs can’t metabolise as well as humans. It accumulates in dogs’ bodies and becomes toxic or even fatal.

DON’T give them raisins
Raisins can cause canine kidney failure so keep your dog away from Christmas pudding, cake and mince pies.
Swap grapes and raisins for blueberries and dried cranberries.

DON’T give them nuts
Whilst a little bit of peanut butter is fine for dogs, macadamia or walnuts can be toxic.

We hope you and your lovely pets can have a wonderful Christmas!