When Should You Neuter Your Pet? 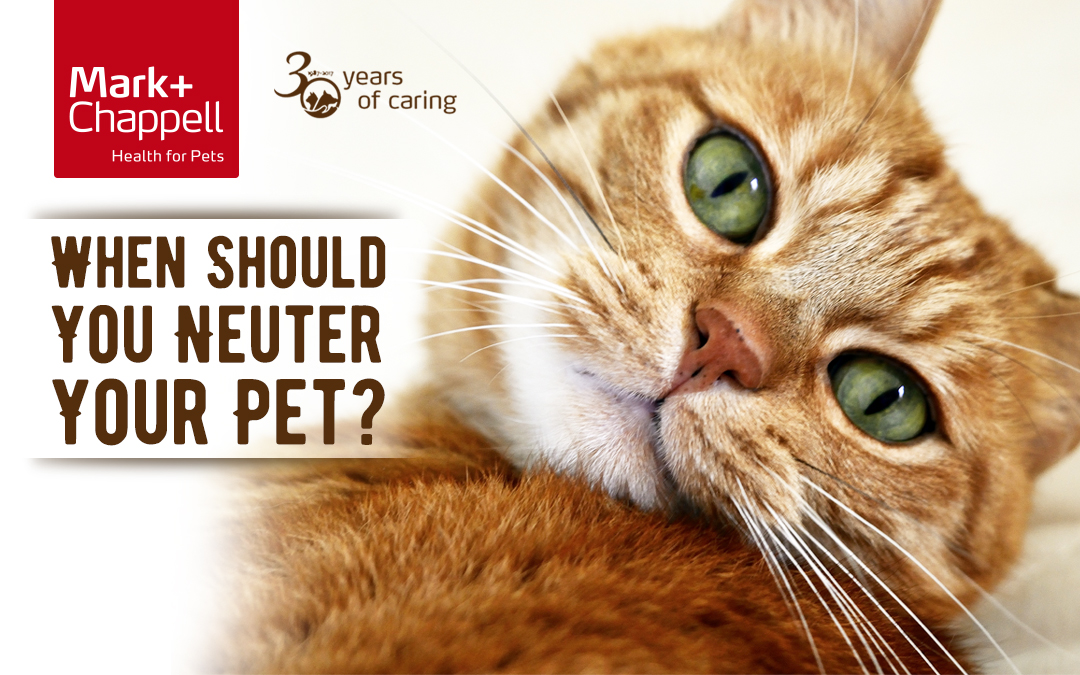 Spaying and neutering are routine medical procedures that not only help to control pet overpopulation, but they may also prevent medical and behavioral problems from developing, allowing your pet to lead a longer, healthier and happier life.

Neutering means surgically preventing cats and dogs from reproducing. In males, the operation is called castration and in females it’s called spaying.

When age can dogs be neutered?

Female dogs can be spayed from around six months old. However some larger breeds can develop other problems if they are neutered too early, so you should discuss this with your vet.

Male dogs can be neutered from six to seven months old although the exact age varies depending on their breed, so speak to your vet.

What age can cats be neutered?

Cats become sexually mature from the age of around five months. In order to prevent unwanted pregnancies, it’s recommended that cats are neutered at around four months old, after they have completed their primary vaccinations

What’s involved in the neutering process?

Both operations are carried out under general anaesthetic. Every surgical procedure has some risk but modern techniques are very safe.

Because it involves surgery, there will be some discomfort but the pet is given drugs to control this and most of them are up and about just a few hours after they’ve had their operation.

What are some beneﬁts of neutering my pet?

Neutering improves your pet’s health, reducing or eliminating the risk of certain cancers and other diseases.

Neutering reduces the tendency to ﬁght with other animals, it also protects your pet from ﬁght-related injuries and from dangerous viruses spread through bite wounds.

You won’t have to deal with the mess or the inconvenience of a pet in heat or a male pet reacting to a female in heat.

We hope you have found this advice useful. As always, if in doubt, please discuss your individual pet’s situation with your vet.