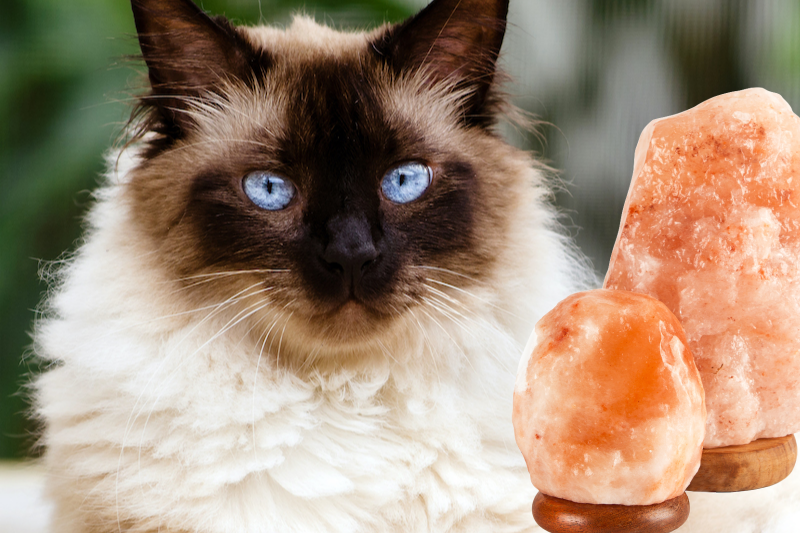 Over recent years, Himalayan salt lamps have grown in popularity. This is largely down to their reported health benefits which include increased blood flow and improved sleep. They even supposedly help with allergies and breathing difficulties as well helping with the ambiance of a room.

But whatever the benefits to your health, pet experts are now warning dog owners and cat owners to beware these Himalayan salt lamps as they are poisonous for pets.

Himalayan Salt Lamps Are Poisonous for Cats and Dogs

Too much of anything is rarely a good thing, and if our cats and dogs consume too much salt, it can cause sodium poisoning, and Himalayan salt lamps are effectively giant lumps of salt.

To exacerbate the danger, these lamps are usually left in places that makes them easily accessible, such as on the bedside cabinets, sofa tables, consoles and other places that our feline friends in particular have no difficulty accessing.

How Harmful Can They Be?

In short, sodium poisoning is a serious health risk for cats and dogs. It can cause symptoms like vomiting, diarrhoea, seizures, lethargy, and even death. Recently, the well-documented case of Ruby the cat in New Zealand, who got sodium poisoning from licking a Himalayan salt lamp, highlighted these effects:

“Ruby couldn’t hear, see, or walk properly. She was unable to eat or drink as she couldn’t control her tongue.”

“Vets at Rose Avenue Vet Hospital ran tests and discovered that Ruby had extremely high sodium levels in her blood. She was experiencing salt poisoning, which had caused her brain to swell and led to neurological problems.”

“If she hadn’t been taken into the vets in time, she would have likely died.”

How To Prevent Sodium Poisoning

In short, to prevent sodium poisoning, all pet owners should keep himalayan salt lamps as far from their pets as possible, or not have them in the house at all. (You can find more information about recommended cat salt levels here)

If you suspect your cat may have ingested too much salt and is exhibiting any of the following symptoms, you are advised to bring them to the vet as soon as possible because if it’s not caught early, it can lead to death:


Be in with a chance to win a one in 10 prize for your pet by signing up to the Health for Pets Community! Please note, we do not spam. By signing up to our community you will receive our monthly emails with free resources and latest updates. For more information, see our privacy policy.